Finance Manager makes a splash with a World Record Breaker! 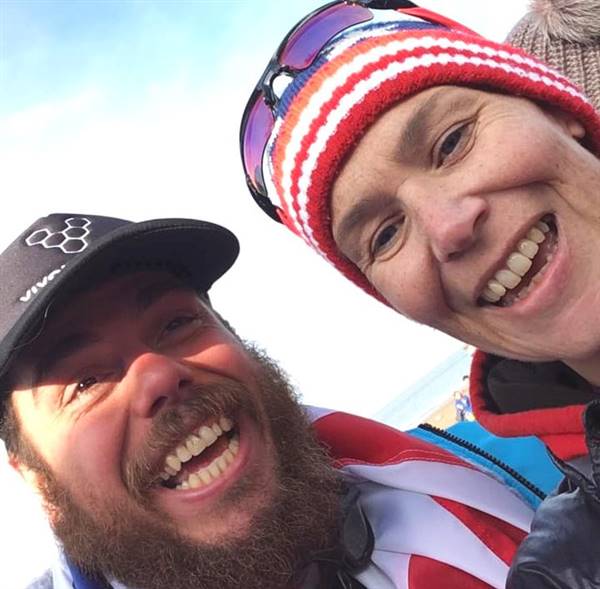 Finance Manager makes a splash with a World Record Breaker!

Our very own ‘Key Group Super Woman’ - Finance Manager Tori Stevens - has been at it again!

Not content with her own regular endurance and sporting feats of "derring-do", recently she's been following the extraordinary achievements of World Record-breaking endurance swimmer Ross Edgley.

As you may have seen in the news over the weekend, on Sunday 4 November Ross Edgley completed his challenge to be the first person to swim around Great Britain (that's the WHOLE of Britain you understand...ALL of it!). He finished his swim at Margate in Kent, accompanied by 300 swimmers who formed a flotilla to swim the final kilometre with him.

Having followed Ross on social media for each day of his epic 157 day journey, Tori was hugely excited to be one of the 300 swimmers chosen to join Ross for the final leg of his mammoth swim. She said of the occasion,

"It was an honour to greet him in the water, there were tears all round as the reality of what he had achieved hit home. Once back on dry land the party started and even after several hours of press interviews Ross was still smiling and genuinely pleased to meet all of us that had swam with him – the guy never stopped smiling! The term ‘legend’ is used far too easily these days, but I’m more than happy to apply that tag to Ross Edgley!"

You can see from the picture that Tori was as happy to meet Ross as he was, of course, to meet the one and only Tori Stevens!

You can find out more about the man and his unbelievable journey by watching his weekly blogs on Red Bull TV or on Youtube #greatbritishswim via the links below.